Everything you need to know about the business school landscape of North America. 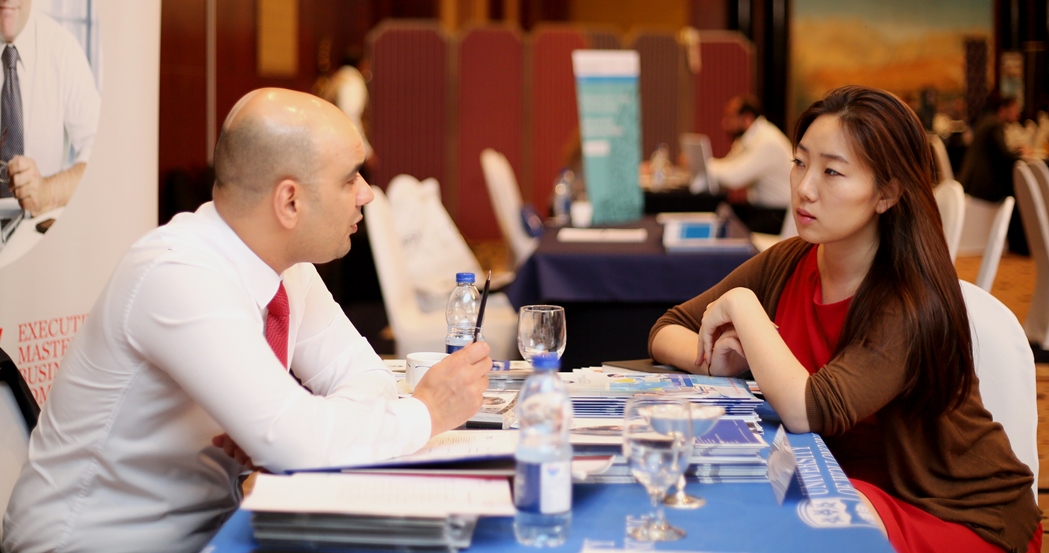 Professionals from across the world who wish to take their career to the US go to great lengths to secure their MBA admission in the birthplace of the degree. A lot has been said and written over the past few years about the current situation at business schools in the country. Some critics believe that the end of the full-time, two-year MBA is just a matter of time. Other experts find that the degree has never offered more diverse opportunities for the US-bound. Are US programmes really falling behind in international applications or does the truth maybe lie somewhere in the middle?

The political climate in the United States is undoubtedly one of the most prominently discussed topics in connection to current education trends. Without delving too much into Donald Trump’s presidency and his anti-immigration rhetoric, the question of US visas is a common concern among applicants from abroad.

To be able to live and work in the US after having completed their studies, internationals need the H-1B visa, which has to be sponsored by their employer. In April 2019, the US government changed visa rules in favour of applicants who already have a Master’s degree under their belt. Although in theory this is good news for prospective MBAs, the hiring demand for non-US citizens remains in question. The competitiveness of the visa allocation process is not to be underestimated either as the cap on the H-1B regular pool is 65,000 slots, and the cap for Master’s candidates is 20,000. Less than 10 days after the start of the filing period, US Citizenship and Immigration Services (USCIS) reported they had received a total of 201,011 H-1B petitions for the 2019-2020 season.

So, despite claims that the allure of higher education in the US is diminishing, the number of submitted visa applications seems plenty. Recent surveys note that East and Southeast Asia and Central and South Asia continue to be major sources of international candidates headed to North America. Chinese students, for example, “make up one-third of the total international body in the US and pay significant sums to study at top institutions,” according to BBC News.

On the other hand, destinations such as Canada and Europe are often seen as viable alternatives to US business schools in the eyes of prospective MBA students. Canada is well-known for its welcoming immigration policies, manifested in the ease of obtaining a visa or a work permit, while Western Europe attracts international applicants through its reputable institutions and diverse student cohorts.

The expenses associated with business school also play a role in shaping the demand for studying in the US. American MBA programmes are known to be more costly than their European counterparts, partly because the classic US format is the two-year full-time MBA. This means professionals pay twice as much for the qualification they can get in the shorter, one-year format offered by many European schools. Consideration of one-year MBAs surpassed the two-year format (47% vs. 45%) in 2018, “probably a consequence of the growth in interest for European [study] options,” BusinessWeek former editor John Byrne told Forbes. Factoring in living costs and additional expenses, the investment for a US degree can go past USD 100,000.

While the programme length seems to be part of the explanation for five-digit tuition fees, post-MBA salaries are also in the picture. Starting salaries for MBA graduates in the US hit a record high in 2019 according to the latest Graduate Management Admission Council’s Corporate Recruiters Survey. If US employers plan to offer MBA hires a median starting salary of USD 115,000 a year, perhaps the price students have to pay for business school is justified. This is a point that many business school representatives make, including Robert Dammon, dean of the Tepper School of Business (US). “I look at things not in terms of how much they cost but in terms of what am I getting for what I am spending,” he told Poets and Quants.

Next to that, US schools such as Harvard and Chicago Booth recently announced that they will not be raising their MBA fees for the 2019-2020 academic year, in an effort to promote a more affordable market. Chicago Booth will also enable students to pay for their tuition in six instalments. “We constantly think about how we make sure the cost and the financial aid are at a level that [students] feel really good about the investment,” Chad Losee, head of MBA Admissions at Harvard Business School, told Inside Higher Ed.

Still, recuperating the costs of a North American MBA can take a while, up to four or five years according to some sources. Coupled with the uncertainty of the hiring demand for international graduates in the US, this can put off some business school applicants who are still weighing their options. According to the GMAC survey, local companies reported the primary reasons for not enlisting non-US citizens as being the availability of domestic talent (32%), legal reasons and paperwork (31%), cost (29%), and visas (25%).

Despite the complicated, colourful rhetoric on the topic, many business schools prefer to see this as an opportunity rather than a challenge. If US MBA programmes are falling behind in international applications, what other ways are there to attract top talent from all over the world?

Developing and improving online MBA programmes is one solution. University of Illinois Gies College of Business (US) is among the institutions purposefully choosing to invest more resources in their online course. So far, students seem to be responding positively. While interest in its full- and part-time MBA has been declining, the online MBA has been flourishing. “Applications to [the Gies] iMBA are expected to hit 3,200 this year, up from 1,099 in 2016, even though the programme isn’t yet ranked among the best online MBAs in the US,” Forbes magazine predicted.

Meanwhile, other schools are busy certifying their programmes as STEM (Science, Technology, Engineering, and Mathematics) courses. The designation was launched as a way to enhance leadership in specialised fields such as computer programming, engineering, and sciences in general. Attending a STEM-designated course is a lucrative option for students headed to the US since they are usually allowed to stay and work in the country for a longer period of time after graduation. According to the Financial Times, the Duke Fuqua School of Business (US) has successfully had some elements of its MBA programme certified as STEM, although it has yet to be confirmed whether the move will bring in more interest from overseas applicants in the coming years.

Whether on an international or domestic level, STEM could be the answer for ambitious students and employers in need of a specialist talent pool. Andrew Ainslie, dean at Simon Business School (US), recently told U.S. News & World Report that more than 85% of their 2019 graduates are expected to continue with STEM-designated MBA degrees – an increase of 15% over the previous year. School representatives believe the combination of technical training and real-world experience that students in STEM-focused programmes are exposed to is among the most beneficial aspects for them.

Even after taking all of these points into account, it is difficult to objectively assess the future of US MBA programmes. The United States is still one of the most popular study destinations in the world and this is not likely to change overnight.