Essays are an incredibly important part of the application process, says Stacy Blackman, an MBA admissions consultant. Seemingly straightforward questions require a great deal of introspection. Make sure you budget time to draft and redraft, try new approaches and carefully edit so that each line packs the maximum punch

1 As soon as you know that you are going to apply to business school, you can start to prepare in a low-stress way. Keep a notebook and jot down anything interesting that comes to mind. An inspiring lecture, a disappointing performance review, an enlightening conversation with a friend, a travel experience, running a marathon, a stimulating book—all of these can be terrific material for your essays. Don’t agonise over whether it will make a great topic, just jot it down. You will find that you quickly have a plethora of material to choose from.

2 As you begin to approach essay-writing time, consider putting together a “brag sheet”. Write down all of the things about you that would not necessarily appear on a résumé: languages you speak, all extracurricular involvements, family traditions and more. This can also be mined for essay content.

3 Once you have the essay questions in hand, there may still be a few stumpers. Even with lots of content, when you are faced with answering a question such as “What matters most to you?” it is difficult to decide. Here is an exercise that stops you from over-thinking: set your alarm clock for 3am. When you wake up, ask yourself the question. The first thing that comes to mind might surprise you. Do this for a couple of nights and you may come up with a few options or find that you are building a consensus around a certain topic.

4 Before you actually write the essays, take the final step of mapping out the general topics you will cover in each essay. As you map a topic to a question, check it off on a master list of stories you want to cover. This way, you can make sure that a given school is receiving all of your key stories, and that you are spreading out different stories across an application and not being repetitive.

5 Everyone works in different ways: some work best first thing in the morning, others are night owls. Some need to outline concepts on paper, others go straight to computer. So develop a plan that supports your individual style. Many find that the first application can take around 40 hours of work—brainstorming, drafting, editing, refining. As you approach this process, make sure you have the time. Tackle one application at a go. Do not take work leave or attempt it in a single week. Essays require time to gel. Therefore make sure that you have plenty of time to do it right. You may require six weeks, or you may even want 12.

6 Many applicants are inhibited by perfectionism. They can sit at the computer for hours, unable to generate that “perfect” essay, rewriting so furiously that they don’t get past the first few sentences. It is often easier to edit than to write. So just type. A page full of so-so text is less intimidating than that blank page.

7 It is essential that you research your target schools and understand how to appeal to each of them. Each will have a slightly different ethos and look for something different in their students. But…

8 …you can also save yourself a bit of work. There are certain qualities that all business schools want to see in a successful applicant:

Just saying “I am a strong leader” is not enough. Every claim you make must have supporting stories that help the reader believe you. You do not need to check off every quality on the list. Select a few that apply to you and reinforce those in an honest and compelling way.

9 Nobody is perfect. The schools know this and you need to show them that you are realistic and self-aware. Revealing your humanity—in the form of quirks, weaknesses and flaws—can often help the admissions committee to like you. A story about how you learned from a failure, improved upon a weakness or struggled with challenges can be compelling. The other side of this is the ability to demonstrate that you can really benefit from the MBA degree. If you know everything already, an admissions committee may wonder why you want to return to school.

10 Get some help. Even the most meticulous writers benefit from a second or third set of eyes. Ask someone to review your essays, look for typos and tell you if you are hitting all of the points in the right way. Is your attempt at humour coming off correctly? Do you seem too humble, too cocky, too serious, not serious enough? After you have been buried with your essays for weeks, a fresh perspective can often help you see the application as an admissions-committee member does: for the first time. Enlist someone who knows about the application process and make sure they are not just reassuring you that all is well, but are actually giving you some quality feedback.

A business school application has a number of components that you must nail in order to earn a school’s acceptance. But with so many different places to potentially screw up, the whole process can be nerve-racking.

Luckily, the worst thing you can do is easy to avoid.

“I think the worst thing you can do on an application is simply not have done your homework and not be prepared,” Isser Gallogly, associate dean of MBA Admissions New York University’s Stern School of Business, told Business Insider.

An important part of that homework is ensuring you’re absolutely sure you want to get an MBA.

“Business school is an endeavor not to take lightly … Some people apply when they know they don’t really enjoy what they’re doing,” Gallogly, who has 15 years of experience in MBA admissions at Stern, said.

“Generally, if you take some time for self-reflection — looking at your core characteristics, your skills, where you’d like to head professionally, doing research on future industries, research on the school, and a lot of self-reflection — it tends creates a much stronger application,” Gallogly said. “You know who you are, you know where you want to go, and you know how this fits into your plan.” 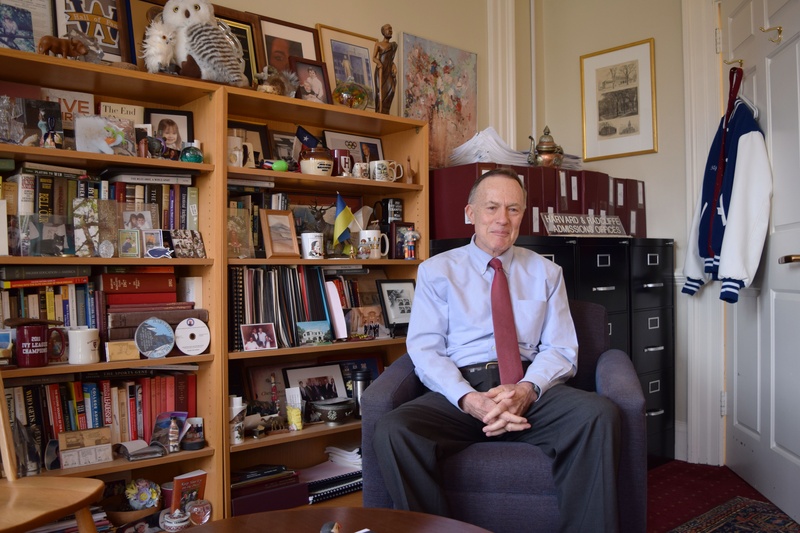