To many outside the business world, venture capitalism (VC) is shrouded in mystery. The general public occasionally gets fleeting glimpses behind the curtain through podcasts like The Pitch, but sometimes these microscopic views only serve to generate more confusion. Stanford Graduate School of Business Professor Ilya Strebulaev founded the Stanford Venture Capital Initiative (SVCI) to help provide some clarity.

Given that VC makes up a substantial part of the business and research and development worlds, the fact that so little is known about the industry’s internal mechanisms is disconcerting. The goal of the SVCI is to make information more accessible to the public.

To understand how VC firms make decisions, incentivize entrepreneurs, and add value to companies, the SVCI reached out to the National Venture Capital Association and various VC firms hoping to access the contracts VC firms sign with entrepreneurs.

Though not every VC firm agreed to participate, the SVCI was able to gather tens of thousands of contracts. With only about 1,000 analyzed so far, the findings are already illuminating. 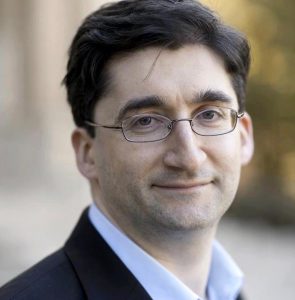 Often, the complex contracts involve lots of deal-specific language resulting from long negotiation sessions and compromise, Strebulaev says. But a large team of lawyers, data scientists, and researchers have poured over numerous data sets and begun to isolate interesting trends.

So far, the SVCI has published two academic papers on its findings. The first—entitled “How Do Venture Capitalists Make Decisions?”—reports that most of the 950 VC professionals Strebulaev and his colleagues surveyed made decisions based on the strength of the team behind the idea rather than the idea itself.

In the SVCI’s second paper, Strebulaev’s team examined unicorns— those rare businesses with valuations higher than $1 billion. In an analysis of 135 unicorns established after 1994, Strebulaev and his colleagues found all were overvalued, some by more than 100 percent. Not surprisingly, several of these unicorns disagreed with this conclusion, but Strebulaev notes that only one provided information to challenge his team’s conclusions.

These initial findings have encouraged the SVCI to continue researching this topic to establish a full picture of the entire VC ecosystem. Strebulaev intends to start with workers, whose compensation system he finds particularly interesting. He also wants to learn about the limited partners who fund the VC firms.

Strebulaev believes the data the SVCI has generated could help students, academics, practitioners, and policymakers make better decisions. Policymakers, in particular, could see how complex these important institutions are, specifically to the U.S. economy, and arrive at new methods for regulating them.

VC funding is also crucial to the launch of so many future businesses. By providing us all with a better understanding of how venture capital contributes to the modern economy, the SVCI also promises to to help everyone in the system play the game more equitably.